Norway’s key processing plants used for the transportation and processing of gas and condensate/light oil has successfully sealed previously sustained leaks. Located in Kårstø, Norway it is one of the largest of its kind in Europe, it found itself plagued with leaks in its condensed steam piping system. After trying various gasket sealing solutions to stop the leaking flanges, the leaks were completely eliminated through the utilization of the DeltaV-Seal. The DeltaV-Seal offers a gas-tight, metal-to-metal solution that is capable of operating in extreme temperatures without developing deposits on the flanges. 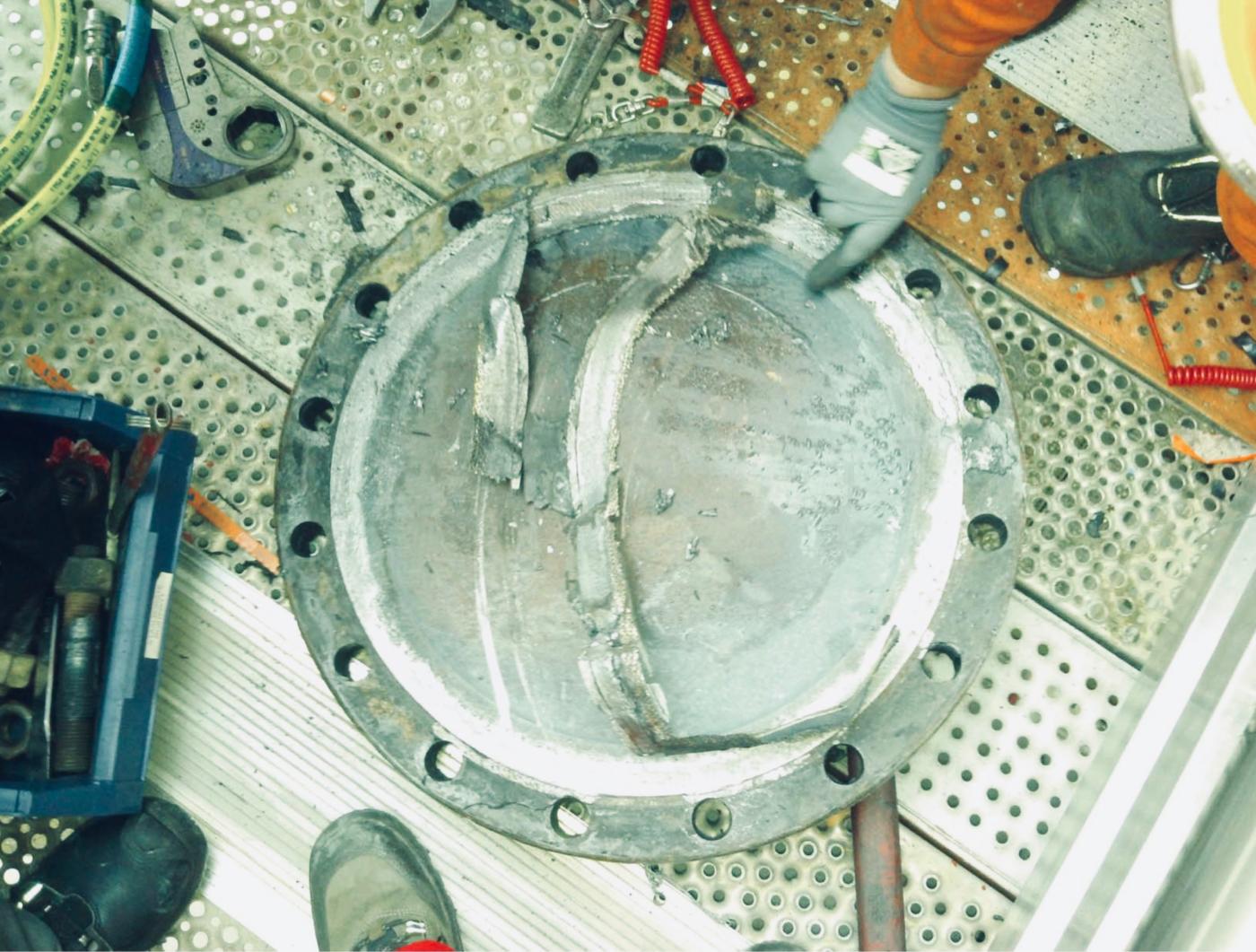 Leakage in piping installations constitute a major challenge at processing plants. High pressure steam, various chemical components, and severe temperature fluctuations put strain on the joint flanges of gasket seals. Even small leaks may cause major problems, as well as power loss and unwanted strain on the pipe system. Leaks may also cause pollution problems detrimental to the plant itself, the working environment, and the surrounding environment.

The plant experienced leakage over an extended period of time, despite several attempts which were made to seal the flange using various, competing sealing solutions. However, Tvedestrand based Pipeotech offered to deliver its new and patented DeltaV-Seal seal system to the 18-inch flange, free of charge, enabling the plant operator to test the quality. The DeltaV-Seal was delivered in 316L material, which matched the flange material. Manufacturing the DeltaV-Seal out of the same material as the flange prevents galvanic corrosion from developing, further protecting the flange’s integrity. 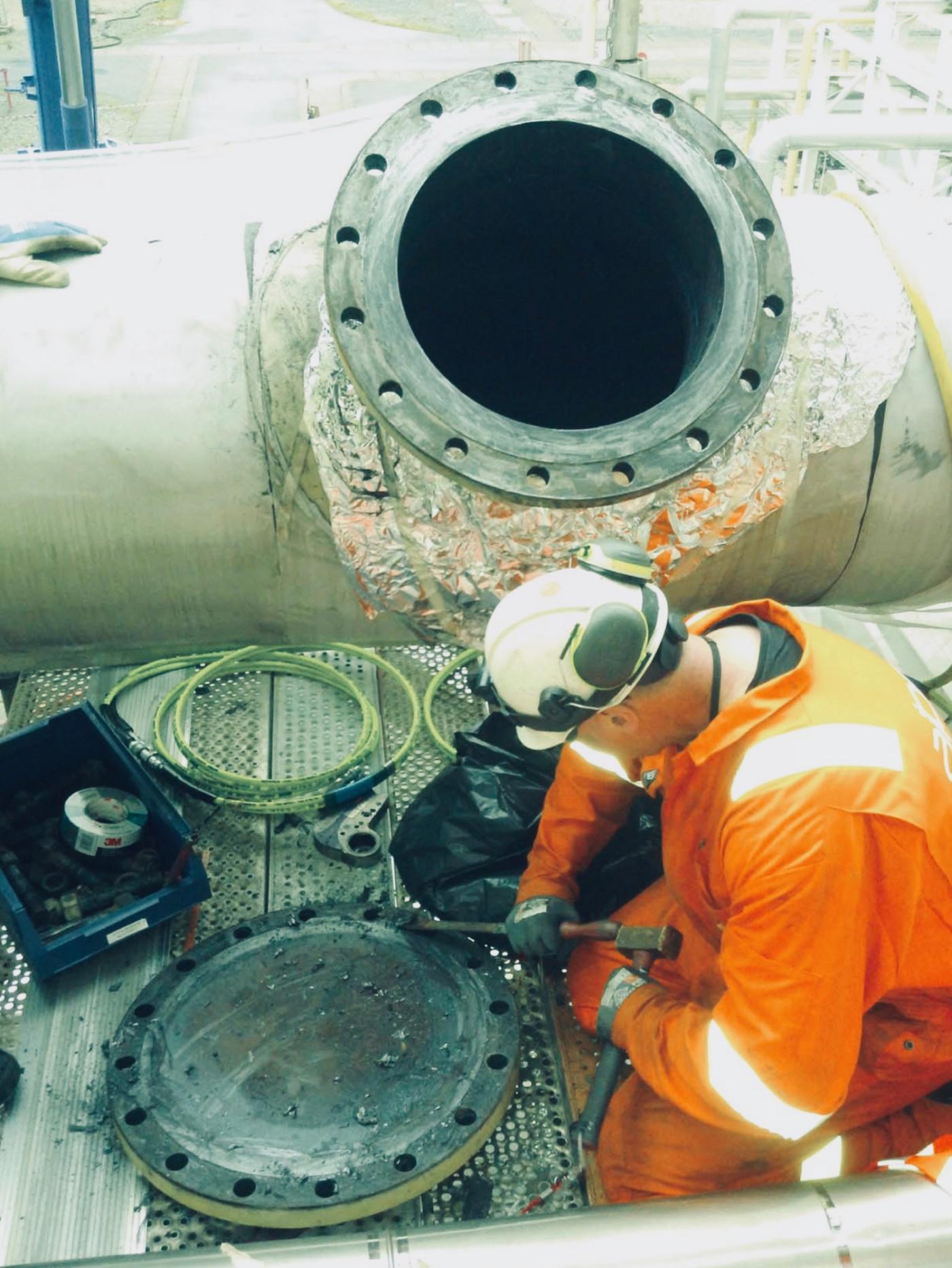 Attending the installation of the DeltaV-Seal at the plant was Pipeotech Sales Manager Erlend Berntsen and Chief Technical Officer Frode H. Larssen. Mr. Berntsen explained how the core principle of DeltaV-Seal is to make the seal from the same metal as the flange itself, in addition to integrating elevated rings which adapt to the shape of the flange when bolted together.

– "Our sealing system proved effective both against gas land liquid leaks, as well as chemical components prone to corroding other sealing solutions. The DeltaV-Seal withstands large temperature variations and does not cause depositing, which is often a challenge when replacing gaskets." 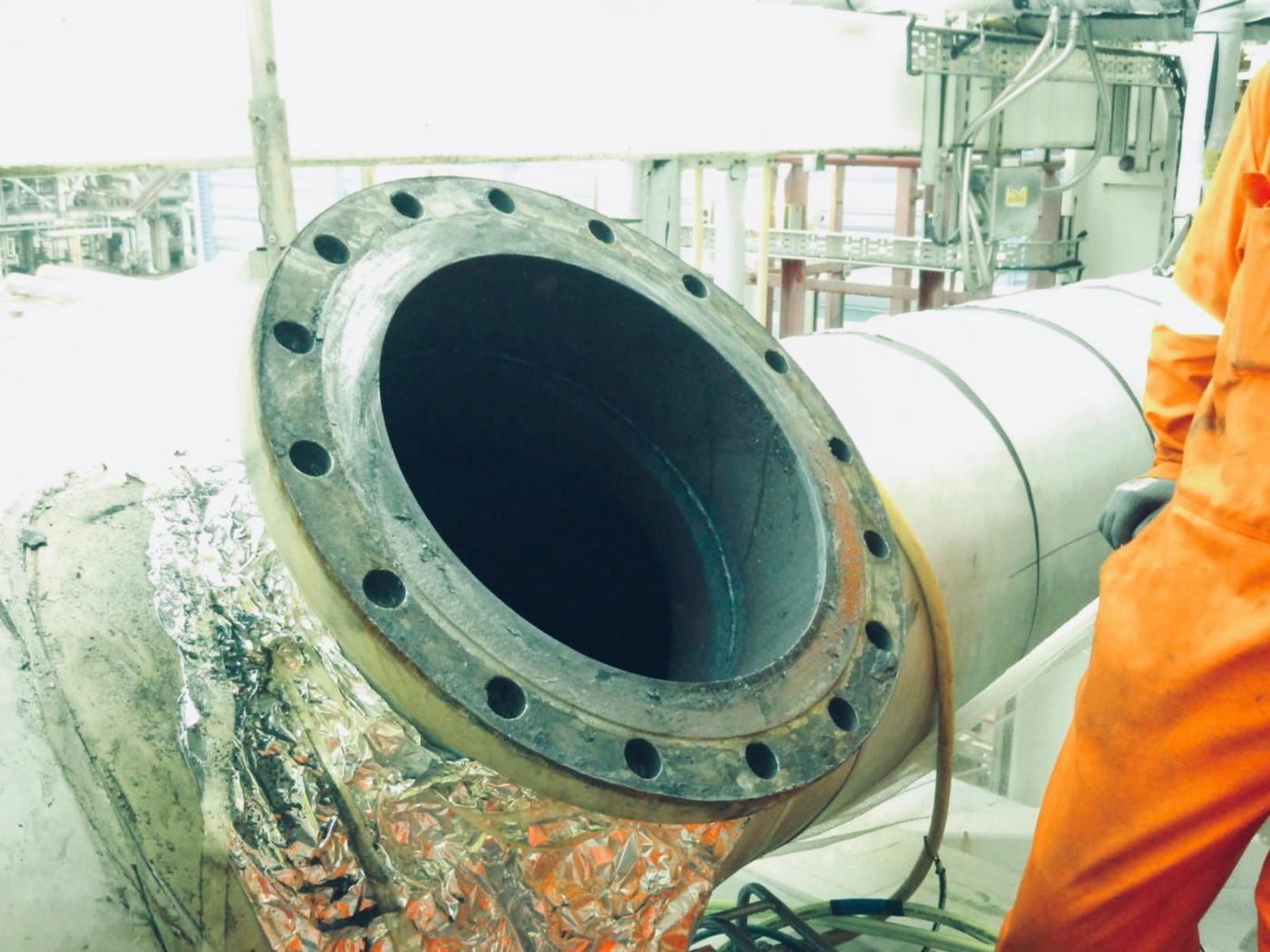 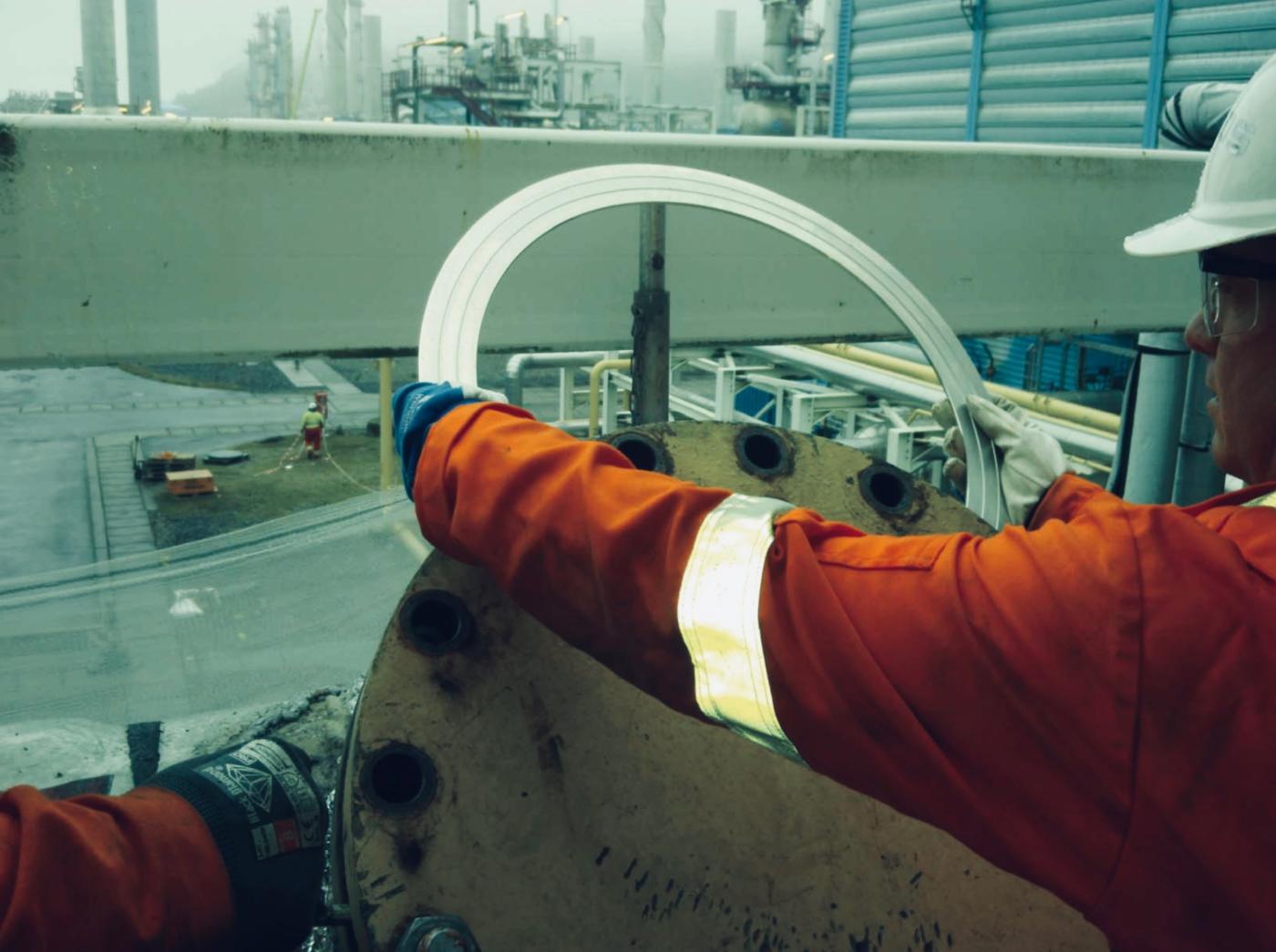 When opening the flange to install the DeltaV-Seal, the flange required a time-consuming process of being cleaned of packaging residue and old sealants. The leaking flange was located several meters up on the rig and a mobile crane was required in order to complete the installation process. The process of removing and cleaning the previously failed seal required four mechanics and a security guard to work an entire day to complete before the new seal could be inserted. 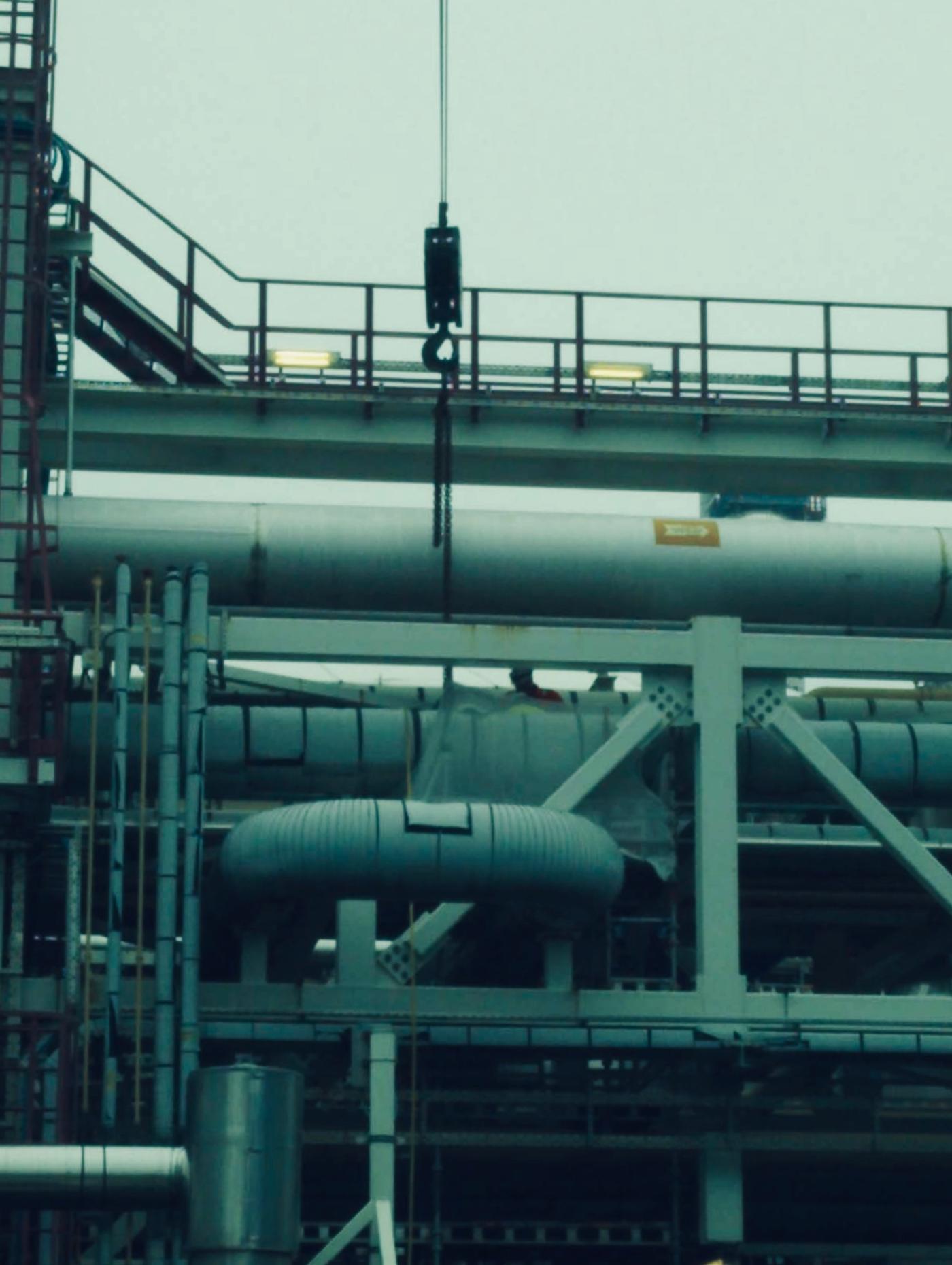 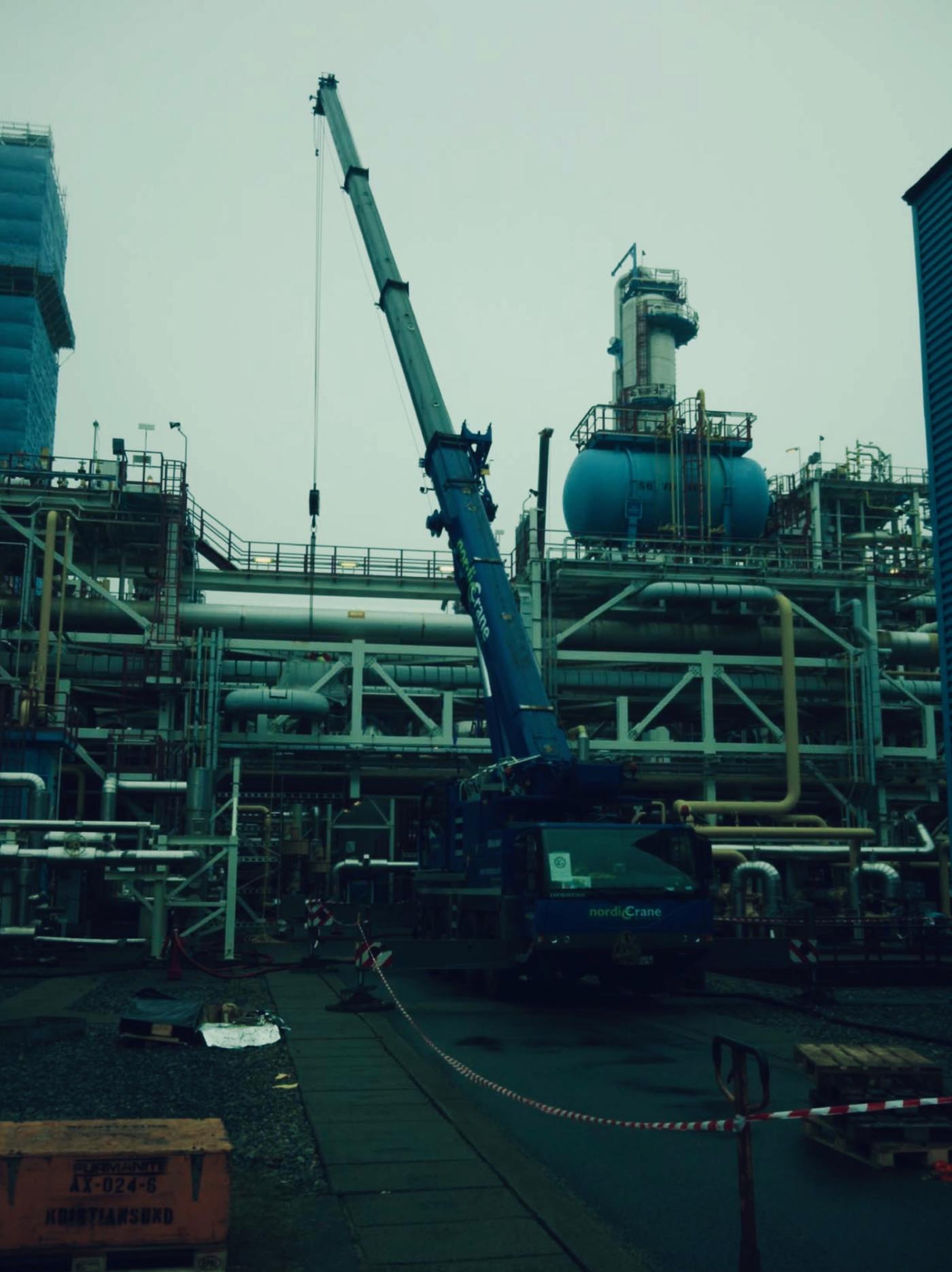 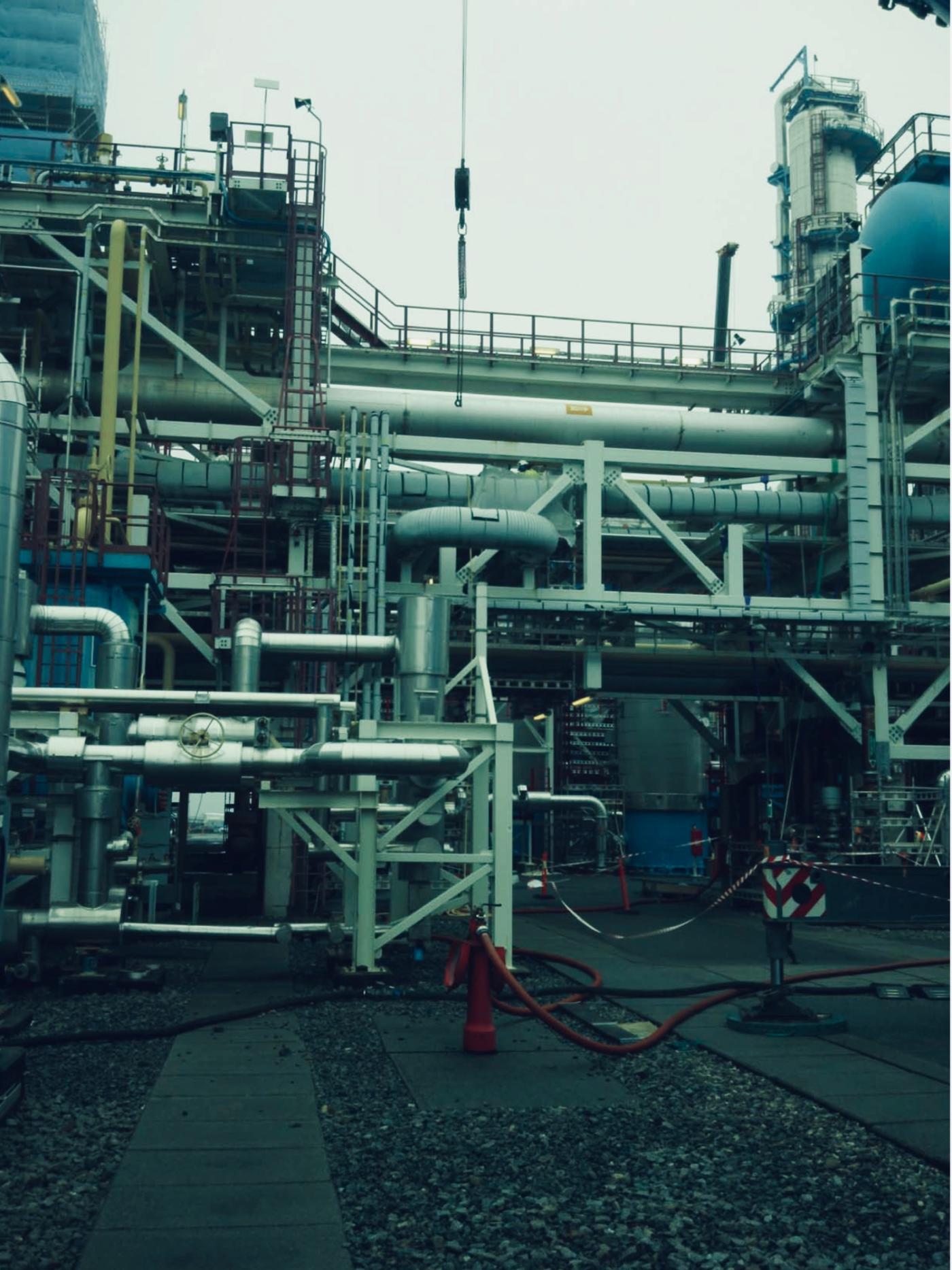 The flange the leak was located at a flange several meters up on the rig and a mobile crane was required in order to complete the installation process.

After installation of the DeltaV-Seal was completed a test report confirmed the flange became 'gas-tight' and all leakage was eliminated after the old seal was replaced. Another advantage of the DeltaV-Seals metal to metal design is that it does not require post-tightening or re-torquing of bolts at any time during its operational life cycle. In addition to the successful remedy of the previously persistent leak, thanks to the design of the DeltaV-Seal and ease of installation, the cost of the process was below the estimated-cost of NOK 200.000,- (approx USD 24.000,-) to complete the task.

– "We are now eager to see if the success of this test will pave the way for the use of our solution in the rest of the plant, as well as in other company installations with leakage issues caused by pressure, vibrations, or temperature fluctuations."